Youth Is Being Served

Youth Is Being Served

Brownfield Coalition of the Northeast, Aug 10, 2021

Three BCONE members are making their mark — and in a hurry. They’ve progressed from membership to committee chairs and/or board members in short order, and are now tasked with recruiting, and appealing to, younger industry professionals within a fledgling BCONE mentorship committee. 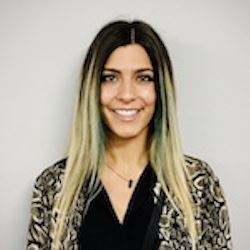 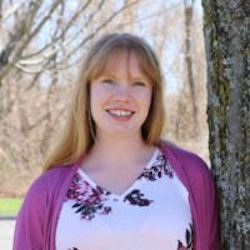 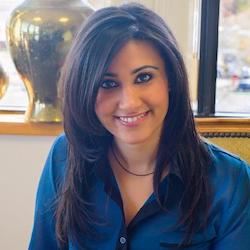 During the summer, the three women were busy establishing a working blueprint for this new BCONE committee that is founded on the premise of advocating for and mentoring young professionals—ones who might already be BCONE members and ones who might be interested in joining the organization.

The beauty of this newly formed committee is that all three members have diversified industry experience across three Northeast states—Connecticut, New Jersey and Massachusetts.

As part of the mentoring committee vision, the trio is branching out engage with students at colleges and universities—mentoring would-be brownfield professionals. The committee, which might ultimately be billed as the “Developing Emerging Leaders,” is designed to “find and network with young, emerging leaders and determine ways for them to flourish,” says Fiumarelli, who has accumulated experience as an industrial hygienist responsible for performing air monitoring of formaldehyde gas, carbon dioxide, and oxygen on various construction sites.

Alexa has accumulated project management/supervision experience where she provides solutions around air management, while working independently,  traveling to different locations throughout New Jersey to provide health and safety surveillance. Focusing on earning a Master’s degree from Rutgers in public health, she says one mentoring advantage that she and her colleagues are able to offer as young professionals is the ability to relate to young professional and students well.

“We’re more in touch with younger people—we’ve recently walked in their shoes. I recently wrote a short definition of what a mentor is and the word that first came to mind is ‘trust.’ I told one of my ‘mentees’ at William Paterson University [Wayne, N.J., where she volunteers as a mentor] that I am your connection for life. I can help lift you up and you can also help lift me up as well—it works both ways.”

When she joined BCONE, Fiumarelli was eager to dive right into committee involvement, and was a member of the Scholarship committee. She ultimately thought there was a more optimal committee assignment that would align best with her skill sets. The soon-to-be created mentoring committee was ideal.

All three  mentoring committee co-chairs have eclectic backgrounds, which adds a broad perspective to the effort. Ambrosino is a tax credit manager overseeing the brownfield redevelopment side of business, while Roberts is a project geologist for HRP Associates, where she works to minimize environmental risks associated with client projects, all to help them reach intended business goals.

Fiumarelli, who had formerly been with Whitman Co., an engineering firm in Cranberry, N.J., recently joined Boswell as an industrial hygiene/environmental scientist. “My experience with brownfields historically has been processing OSHA complaints, solar jobs, LSRP due diligence, Phase I and Phase II site investigation, and more,” she explains.

Palm-Roberts, who has been a BCONE member for two years and is in her second year on the board, has been working with the Connecticut expansion committee, and is now eager to branch out with a second committee assignment, mentoring.

Speaking about the theme of emerging leaders, Palm-Roberts, who is a UCONN grad, says that college graduates entering the work force “need guidance to make them aware of their options, and it’s a tricky thing where you have to try and match your specific skill set with various positions,” she says. “Seeing their future in this industry can be unclear to newly minted professionals, who can become discouraged. It’s for this reason they need a support system to facilitate for them. It can be intimidating talking to people in their field: I know I was intimidated at one time, So, the three of us think that we can work to be that ‘bridge.’ ”

Palm-Roberts states that the term, “it’s who you know,” is often the way young people climb the ladder quickly. But the Catch-22 is getting the foot through the door initially. “How do you get to know the important people in your field? Cold calling is difficult, so as this committee is formed, we can serve as that conduit, to allow young professionals to formulate these bonds organically. Plus, having a forum such as social events that we’ll sponsor will be really useful.”

In fact, Palm-Roberts likes the idea of scheduling dinners, community service and happy hour events, including virtual events if the impacts of the pandemic continue to keep people away from attending live events. “The more regularly we can host events, the more your base grows. I think we’ll start out deciding if events should be monthly or quarterly. The key is to get people involved and committed—and it’s tricky getting people committed to something.”

Alexa Fiumarelli, meantime, says one objective of the team will be its close collaboration with the BCONE Scholarship committee, where perhaps the college students who are being mentored might be identified as eligible candidates for the BCONE annual Charlie Bartsch Memorial Scholarship.

“Going forward, the three of us will be in communication regularly,” she says. “We want to get social media going too, with an emphasis on Facebook and LinkedIn to scout for and communicate with young professionals. There’s a lot to look forward to!”