After purchasing our own historic building at 287 Auburn Street, Newton, Massachusetts in late September of 2017, we were anxious to begin rehabilitation of the building and move into our new home.

The task was made more acute as we had already negotiated an exit from our existing lease on June 30, 2018, and we needed to be in our new offices prior to then. However, first we had to get through tax season, which in 2018 was as snowy, cold, and drab as the weather. In 2017, we had closed three partnerships whereby we syndicated historic tax credits from six properties, and together with our three 2016 solar utility transactions, we now had to prepare trial balances, certify eligible expenses and prepare and file tax returns at both the Fund and property level in order to claim our tax credits.

During tax season, we also began to focus on expanding our investor base and educate family offices about the benefits of tax credits.

The year began in a similar manner to its conclusion, when on January 20-22 the US government was shutdown in a dispute over the DACA program.

In February, the Winter Olympics in Pyeongchang captured our imagination and interest, which was a needed distraction from the rigors of tax season.

March was certainly an interesting month, when on the 11th, China removed term limits for its leaders, thereby making Xi Jingping a President for Life; Russia’s Vladimir Putin was elected to a fourth six-year term, and our President Trump kicked off a trade war with China by imposing tariffs on $60BN of Chinese products imported into the US. We traveled that month to San Francisco for a Family Office Conference, and to Miami for a further series of Family Office interactions, which in retrospect was a positive move for us.

By April 15, we had completed our tax season, selected a General Contractor, pulled permits and began construction on our building, which among other challenges involved managing the expectations of our existing tenants who remained in place during construction.

By May it was off to Dallas to meet with prospective investors, while in London the world was captivated with the Royal Wedding of Britain’s Prince Harry to the American actress Meghan Markel.

In the first week of June we traveled to West Palm Beach to present to an investment group, and meet with other investment professionals, as part of our intended push into the South Florida market, which was punctuated by our sponsorship in October of the Florida Brownfields Conference in Daytona. The major news that month, however, was the first-ever Summit between the US and North Korea when President Trump met with North Korea’s Kim Jun Un in Singapore on June 12th. 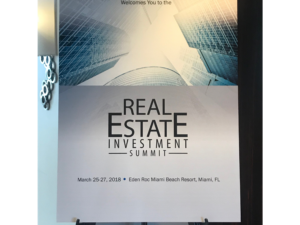 By mid-July we were back in Newport, RI as a sponsor of a Family Office and Private Wealth Conference, which as always, was an enjoyable and productive event. More importantly, in Thailand 12 boys from a soccer team (and their coach) were rescued from a flooded cave after 17 days of anguish.

August was an exciting month, as the construction on our building was at an advanced enough stage to allow us to move in and set up our new offices; we were in New York City to meet with potential investors; and were able to launch our Loan Fund, which was a long planned and carefully executed tool that would allow us to compete more effectively for quality tax credit projects. On the global scene, the US reimposed sanctions on Iran after withdrawing from the Iran nuclear deal, and Apple became the first US company to achieve a trillion dollar valuation.

September’s crispness, and the brown, red, and gold hues of the leaves foreshadowed a brewing trade dispute, as the US and China took turns imposing tariffs on billions of dollars of each other’s imports; Drew Brees became the all-time career passing leader in the NFL; archeologists discovered the world’s oldest brewery and the remnants of a 13,000 year old beer in Haifa; and the US fashion company Michael Kors bought Italian fashion house Versace for $2.1BN. Against this backdrop, we embarked on a trip to Cleveland and Indiana, as a part of a site visit that would result in our first hybrid historic-low-income housing tax credit deal. 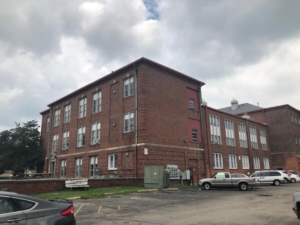 October was one of the year’s busiest and conflicting months– beginning with Novogradac‘s Inaugural Opportunity Zones Conference, which was held in New Orleans, just prior to the IRS’s release of its Opportunity Zone guidance. Legendary retailer Sears filed for bankruptcy, my South African rugby team, the Springboks, lost to the New Zealand All Blacks in the Rugby Championship, and the Boston Red Sox won the World Series. Business travel once more beckoned, and we were off to Napa, California to sponsor a Family Office Conference, mingle with a unique strata of our society, and talk about the virtues of advanced tax planning strategies. 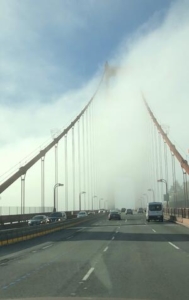 November brought us the horrific California wildfires, and with it our witnessing of yet more devastation being wrought on our society. Politically, the mid-term elections resulted in the Democrats capturing the House, and the election of a record number of women and minorities. Now, we go forward with a divided Congress in a partisan Washington quagmire, which should be an interesting challenge for all of us.

As it had begun, the year ended with a government shutdown, and for us in the tax credit world an endless slog toward the closing of the 2018 tax year. We always begin our year hoping that taxpayers plan for year-end obligations before year-end but somehow things followed the same pattern this year. On a successful note for us, we managed to close $22mm in state tax credits, including what we have been told is the largest state credit issued in Massachusetts, as well as two federal tax credit funds, a Historic Tax Credit Fund and a Renewable Energy Fund. 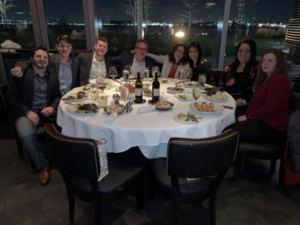