Unless you happen to earn your living in the financial planning field, you maybe be only slightly aware of the monumental nature of the changes to the IRS’s tax reform passed by Congress in 2017.

How big were those changes? It was the first time in over 30 years that truly significant tax relief could be contemplated by higher net worth individuals — if you knew where to look. Deep within the revised tax code were a variety of pathways to help taxpayers save money on taxes while also helping the nation’s economy — a very energizing and exciting development, in my opinion.

We all face the unavoidable fact that we must pay taxes. Naturally everyone desires to minimize the damage, but at the least we’d wish to have some control over where and how our tax dollars are spent. Instinctively, almost all reasonably intelligent people feel they are better stewards of their money than is the government. And given our current super-polarized political climate, these feelings tend to be are more prevalent than ever.

There are not many areas where that government tacitly agrees with us on those sentiments but I have been working for a long time in one of few areas — the esoteric and often head-scratching world of tax credits — and I think we’re at a historic point where our objectives align very well with those of our elected leaders.

The tax credit arena is one in which the government has acknowledged (impliedly, of course) that there exists certain functions serving the public need that should be best outsourced to the private sector, as businesses will do a better job at performing those functions than can the government.

Specifically, consider the undeniable fact that there is a need for affordable housing in almost every city in this nation. Even at the macro level, the United States needs to encourage affordable housing for both economic development as well as to sustain our economy — and of course to fulfill a basic societal obligation to its citizens.

A lack or shortage of affordable housing will at some point hamstring the economic development of our cities and erode the core of our societal responsibility. Ironically, in creating mechanisms for the issuance of tax credits to create affordable housing, our government realized this imbalance sooner than did many individuals and businesses.

There exists today a vibrant market for developers to build market-rate rental and ownership properties — as well as higher-end condominiums and apartments for our upwardly mobile citizens. However, for our cities, towns, and communities to grow and prosper there needs to be residences for service people who work in restaurants and in retail, nurses in the hospitals, firefighters, police officers, sanitation workers, and the like. That requires the construction of affordable housing — as well as the revitalization of existing housing in middle-class neighborhoods. 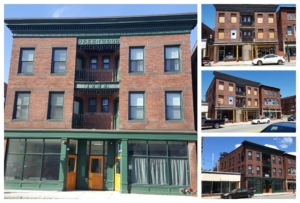 Federal and state governments provide tax credits to developers who create affordable housing for a simple reason: the economics would not be there to support the construction of these projects without incentives. The same goes for the adaptive re-use of historic buildings such as former factories, mills, schoolhouses, and warehouses — many of which have been successfully converted into rental apartments, restaurants, and breweries.

Similarly, tax credits have made renewable energy a reality throughout the nation and have allowed for the remediation of once-contaminated properties that blighted neighborhoods and created unhealthy public environments. These properties can now be placed back on the tax rolls, creating and maintaining jobs, or have become safe outdoor spaces which have benefited us both economically and socially.

The government goes even further at times by not only creating tax credit programs but also allowing a secondary marketplace to be created where taxpayers other than those who earned the tax credits are able to use the credits. These developer/investor partnerships benefit both parties and in turn expand a city, state and nation’s inventory of affordable housing, renewable energy, remediated property and rehabilitated historical buildings. 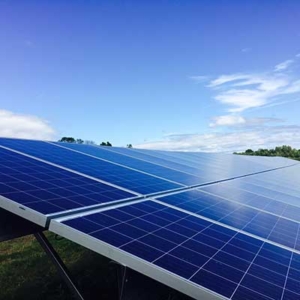 Within the 2017 Tax Reform legislation that Congress adopted were provisions that created Opportunity Zones (OZ’s): areas of our country in need of investment dollars in order to facilitate their economic redevelopment. The areas that have been designated as Opportunity Zones generally are within the same census tracts that HUD had designated for the New Market Tax Credit back in 2000. The New Markets program provided tax credits for investments that created jobs and materially improved the lives of residents of “low income communities.” The more recent Opportunity Zone legislation is an attempt to direct investment dollars into these same communities by offering taxpayers a deferral of their capital gains taxes until 2026, and then allowing the permanent elimination of 10% of those taxes.  Most importantly, Opportunity Zone legislation provides that if the taxpayer maintains its investment in the OZ for 10 years, any appreciation on the original investment will be tax-free.

What is most interesting is that the initial investment in an OZ is money that would have been paid to the government as taxes in any event. So in that context the government is allowing a taxpayer to invest the government’s money into an OZ — and to profit from that investment.

Conceptually, if the taxpayer leaves the money in the OZ for 10 years and realizes a profit on the investment, the taxpayer will pay no taxes on the profit from that investment — and will have the initial investment returned to them. Given that these were dollars that would have been used to pay a tax bill, I don’t see any better way to have control over where your tax dollars go; while being afforded the opportunity to create earnings on the money you would have had to pay in taxes.

Being a tax credit company, we at The Cherrytree Group went a step further and developed a platform that could wrap an Opportunity Zone investment with a layer of tax credits in order to further expand the savings to a taxpayer and to ensure that OZ tax dollars benefit those communities which most need them.

Rarely have I seen a combination of tax incentives which, when combined properly, can benefit taxpayers while at the same time drive revitalization for the areas of our country that most need it. I would encourage all taxpayers who can take advantage of this strategy to take a serious look at tax credits and Opportunity Zones.

About the Author: Warren Kirshenbaum

Warren is the President and CEO of the Cherrytree Group, a tax credit consulting, brokerage, and syndication firm.